“We are estimating containment of the fire at 28% and will work to increase that line of black around the perimeter today,” Grubbs said. “We are hopeful we will be able to release some of the air assets this afternoon if all goes well.”

Grubbs was especially grateful there have been no reported injuries, accidents or homes destroyed by the fire. He reported the fire laid down overnight, with crews patrolling and monitoring conditions around the perimeter. Today, thanks to those efforts, daytime crews are beginning mop-up efforts in select areas where fire lines are strongest.

Firefighter Support: Firefighter ministries and 11.13 Ministries are providing food and drinks for firefighters and other responders.

Weather: The spot forecast for the area reports a chance of showers/thunderstorms for the early part of the evening. Wind gusts are possible.

Monday’s firefighting operations were hindered by a weather inversion. Inversion is when a layer of cold air gets in between hot air and the cap prevents hot air from rising away from the fire. While the inversion does hold the fire down and slow its movement, the cold air layer also traps smoke and makes for poor visibility. Due to the inversion, air assets were not able to operate until about 2 p.m. There is a concern another inversion could develop tonight into tomorrow.

Objectives: The five divisions used during the day were condensed to three divisions overnight with a primary objective of patrolling/monitoring, maintaining and containing the fire within its current footprint as best as possible. The divisions have the following objectives. 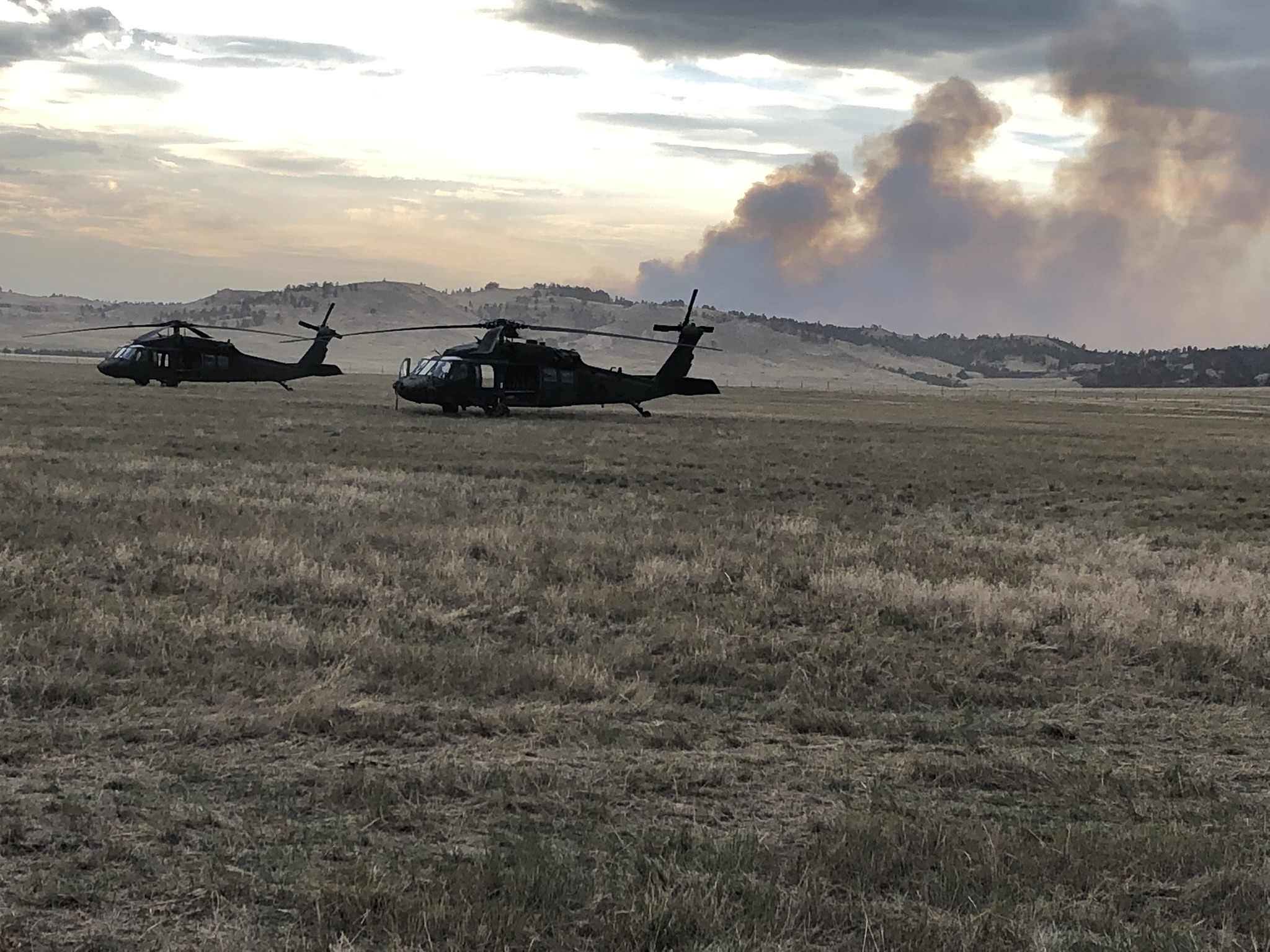 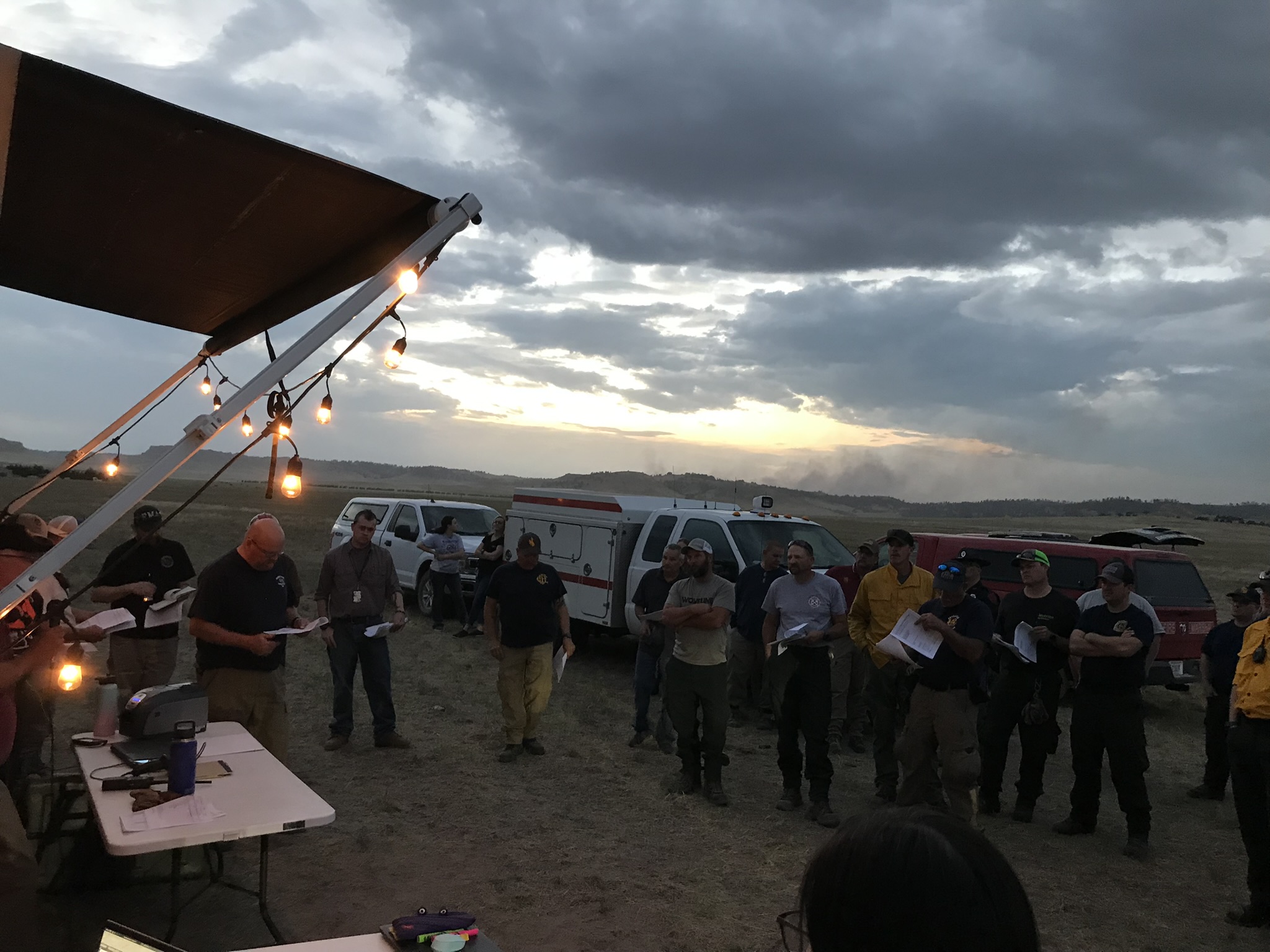