Presented during National Preparedness Month, the Be Prepared Awards program is in its 12th year of honoring Nebraskans who volunteer their time and energy to support preparedness in Nebraska communities. The awards are sponsored by the Nebraska Emergency Management Agency in partnership with the Nebraska Citizen Corps Program and the University of Nebraska Public Policy Center.

“Even though September is recognized as national Preparedness Month, the Nebraskans being honored here today understand the necessity of being prepared year-round,” Lt. Gov. Foley said. “Their commitment to preparedness helps ensure our communities are able to recover from disasters or emergencies.”

“This year Nebraska called upon many of today’s awardees to be the definition Nebraska Strong,” said Lewandowski. “Their efforts to volunteer to promote whole-community preparedness, as well as their response when called upon in Nebraska’s times of need in 2019 showed the nation just how strong and resilient our great state is.”

Bill Montz of Lincoln received the Local Hero Award, recognizing extraordinary service and leadership. Bill used his experience as a Medical Reserve Corps member, former fighter and medic to help save the lives of two of his co-workers in a workplace explosion in late January.

Mike Blue of Scottsbluff and Larry Martin of Gering received the Excellence in Individual Preparedness Award, which honors an individual(s) demonstrating a commitment and dedication to the safety of the public by volunteering, training, and promoting preparedness.

Sarpy County Emergency Management received the Citizen Corps Partner Program of the Year which honors an agency or organization demonstrating a significant commitment to create strong partnerships with other preparedness organizations.

Douglas King, Sr. of Bellevue was recognized with the Citizen Corps Volunteer of the Year Award, recognizing his outstanding commitment to disaster preparedness and response programs, and his dedication to volunteering his time to ensure his community is better prepared in the event of a disaster or emergency. 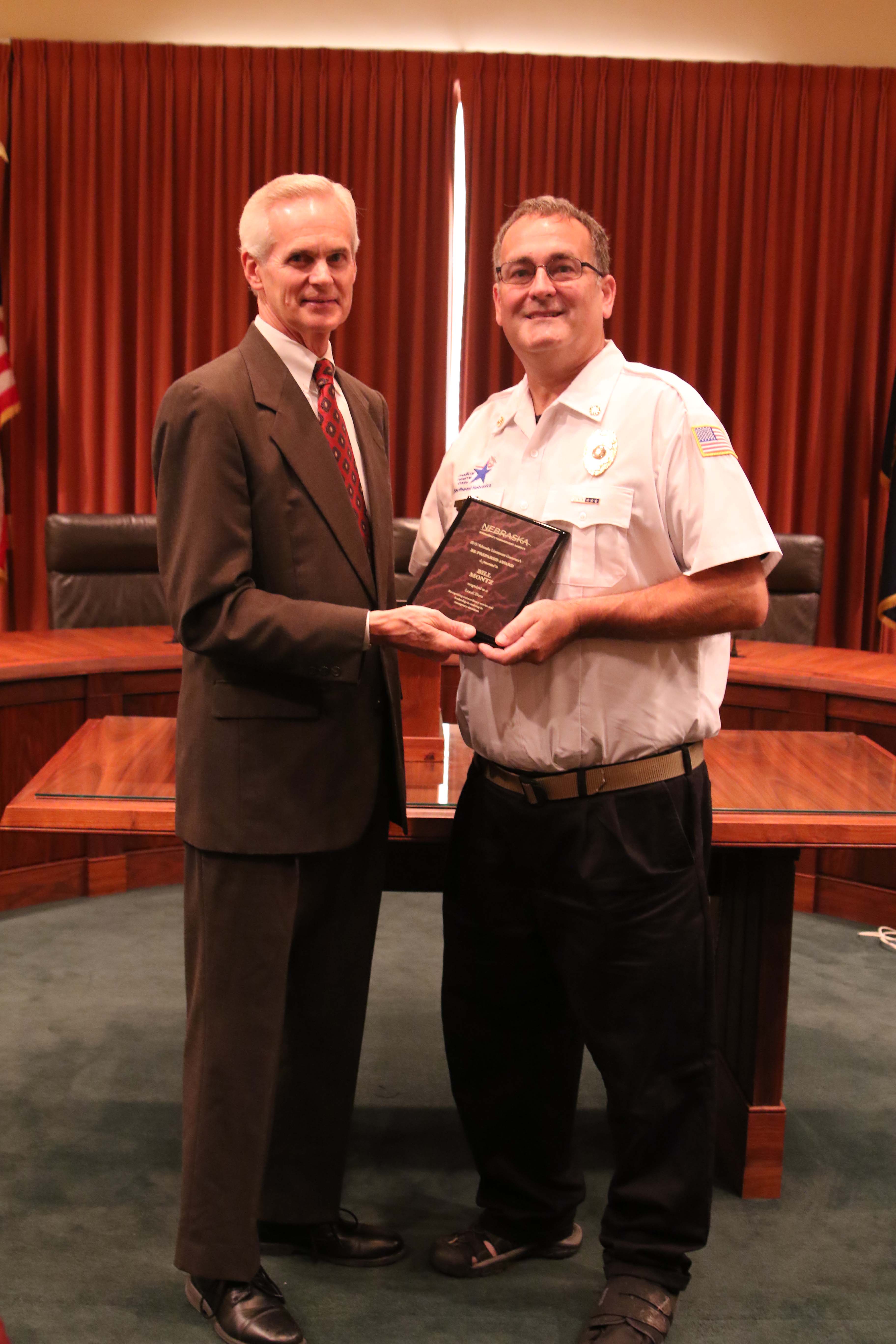 Lt. Gov. Mike Foley presents the Local Hero Award to Bill Montz of Lincoln as part of the Be Prepared Awards at the State Capitol. 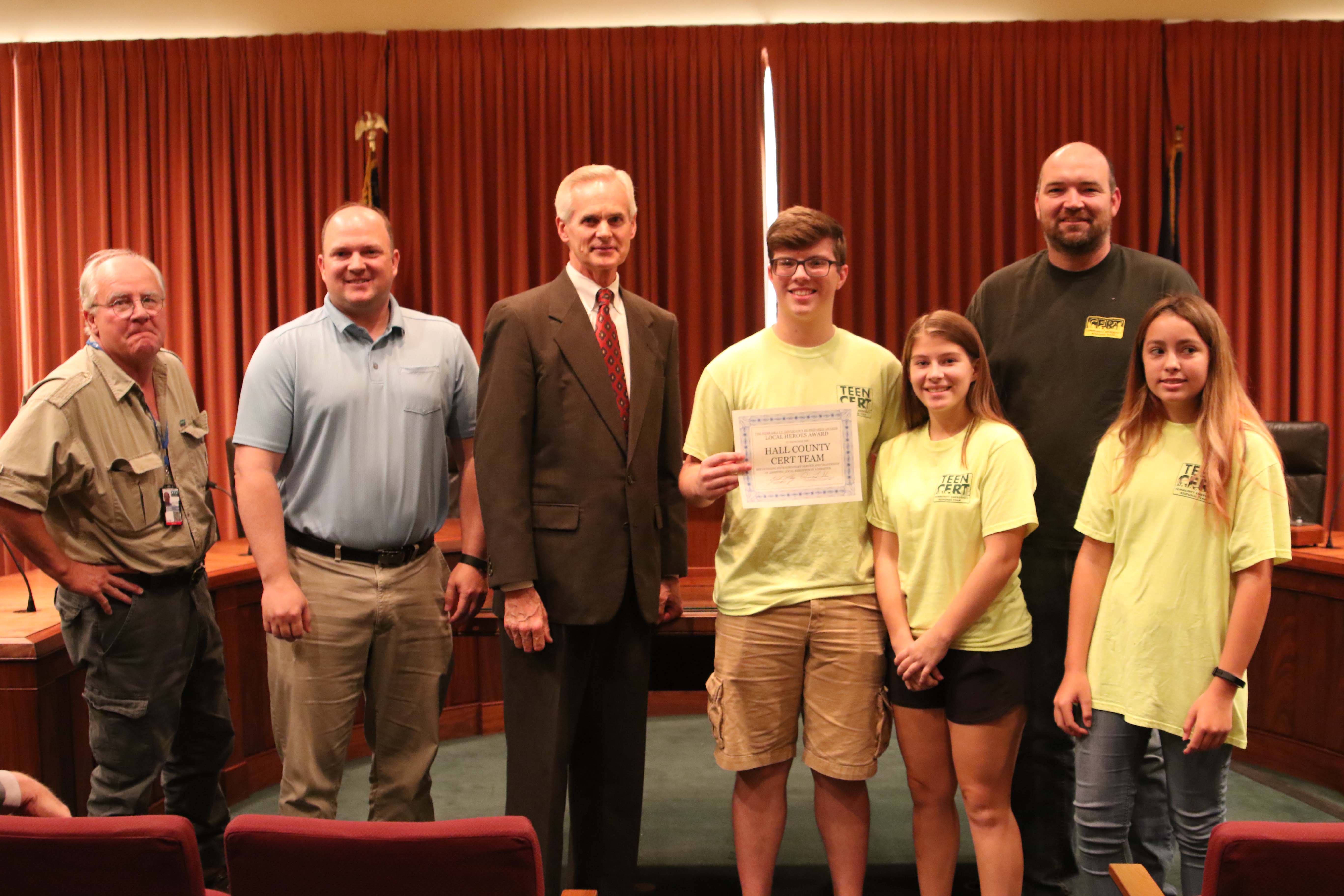 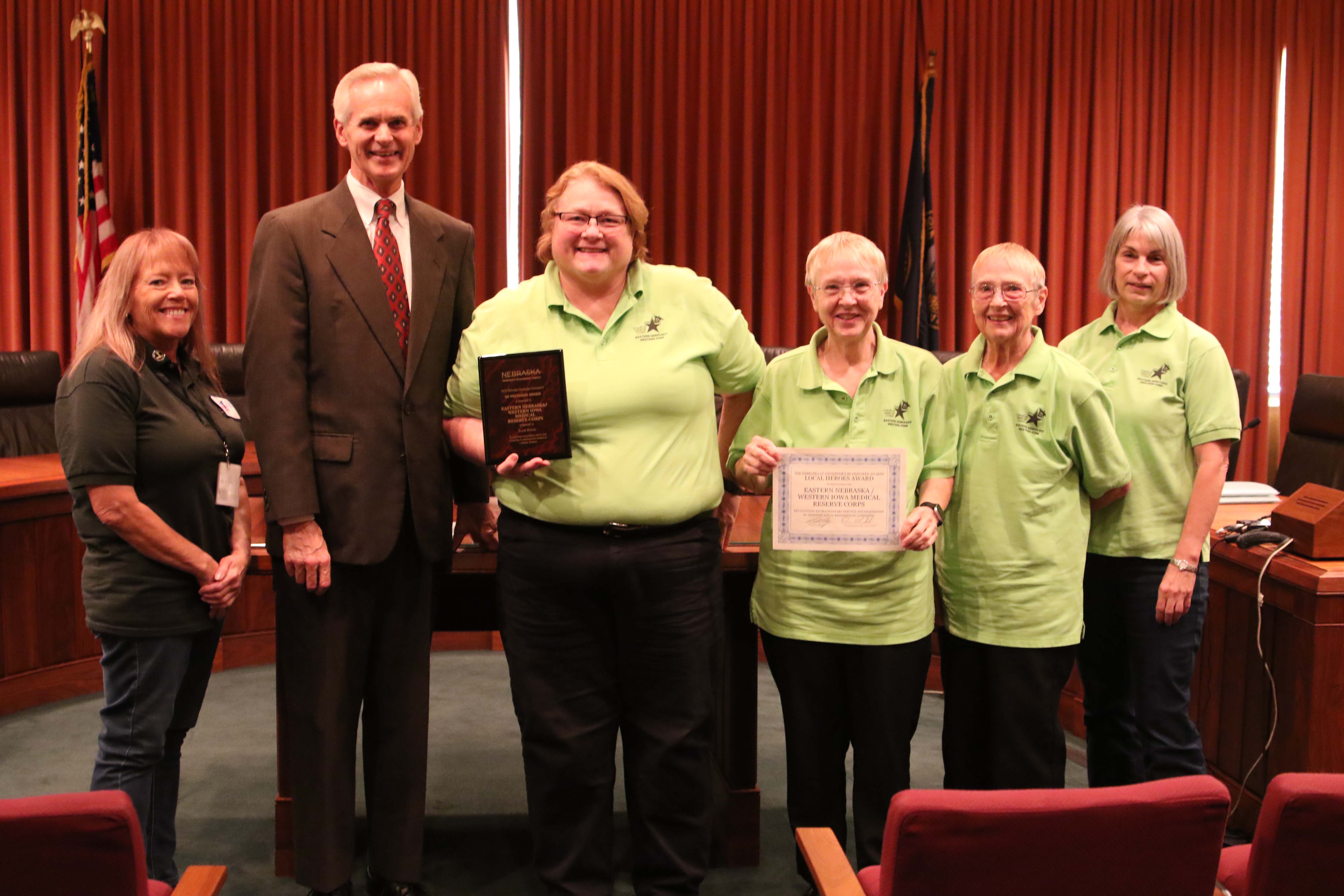 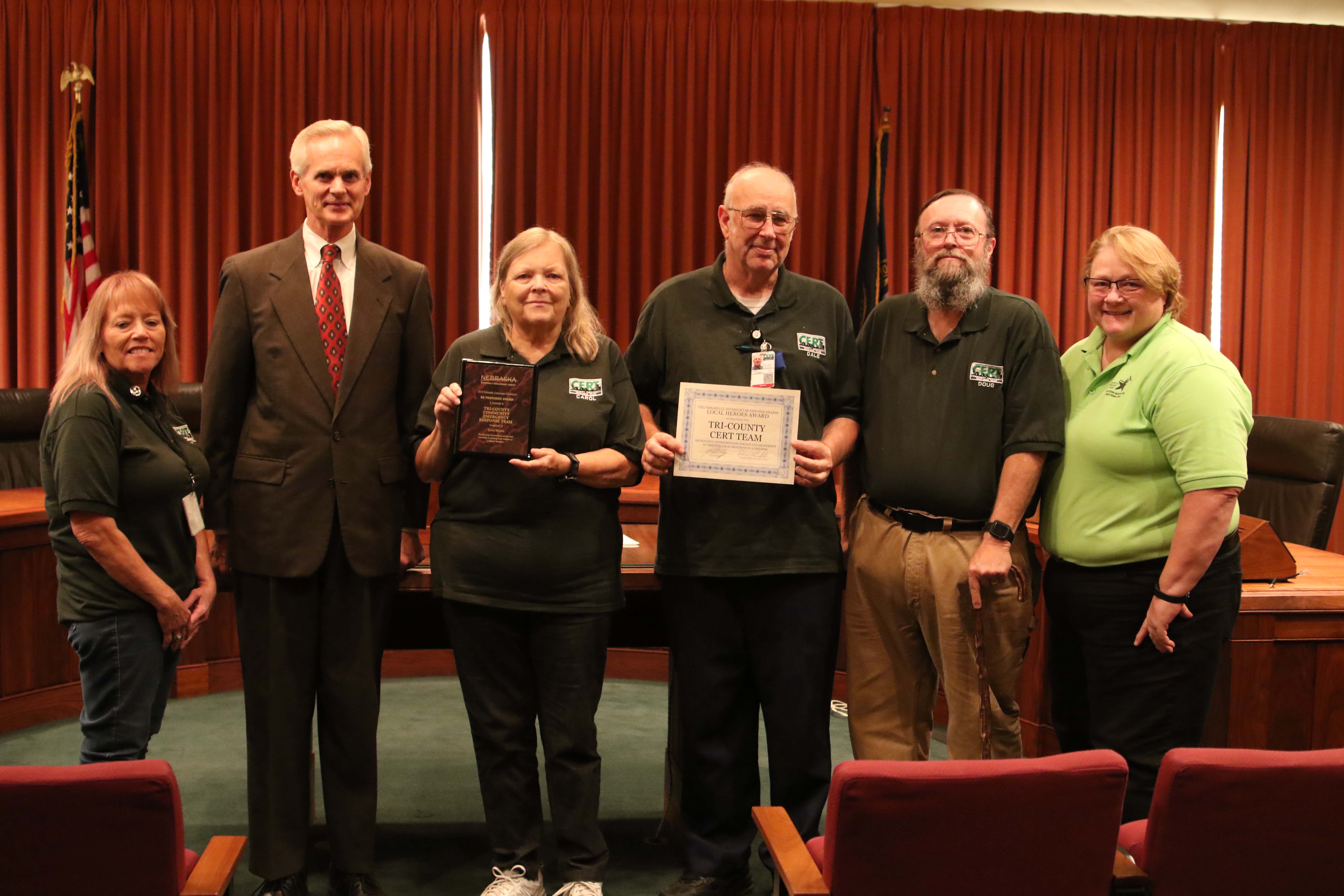 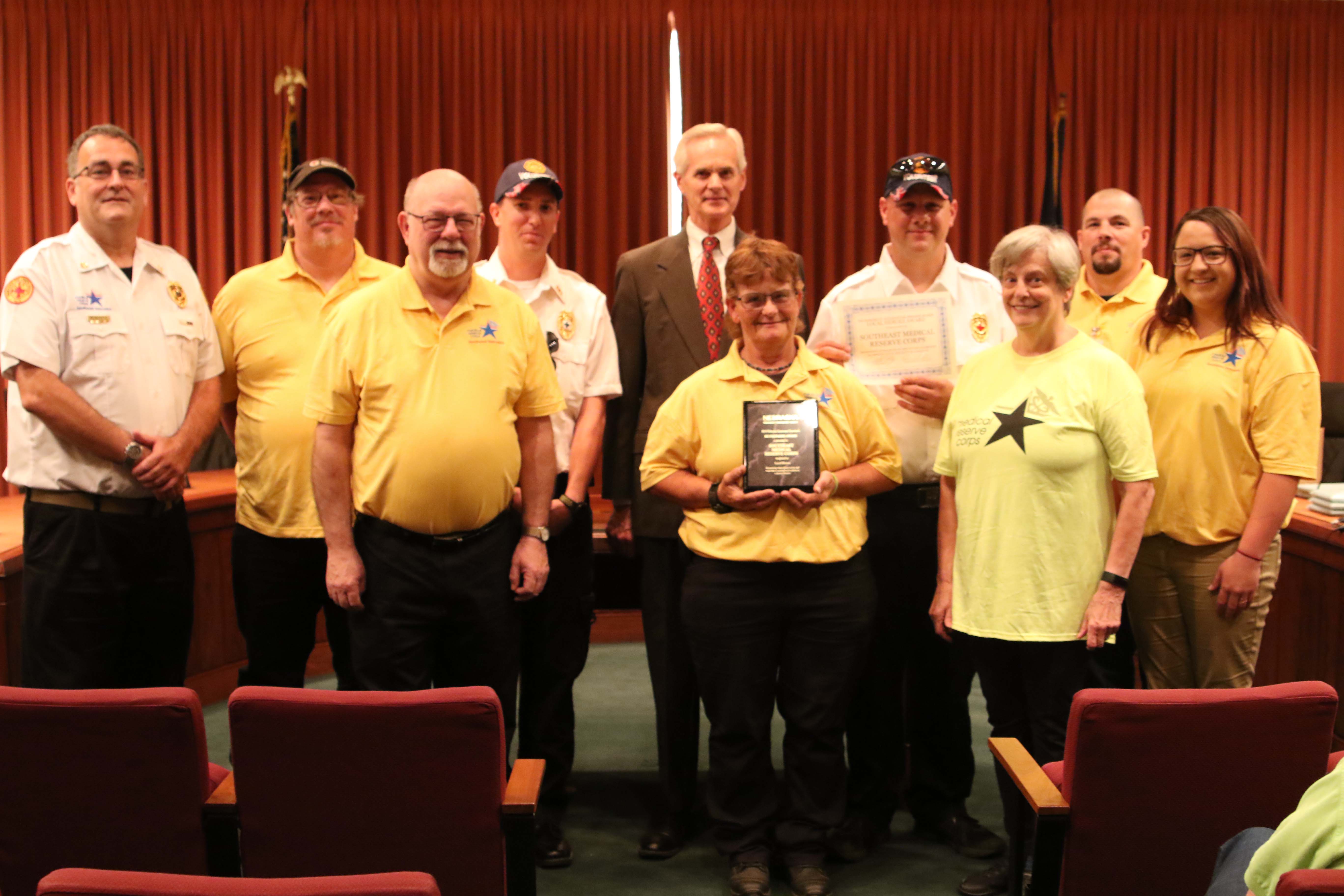 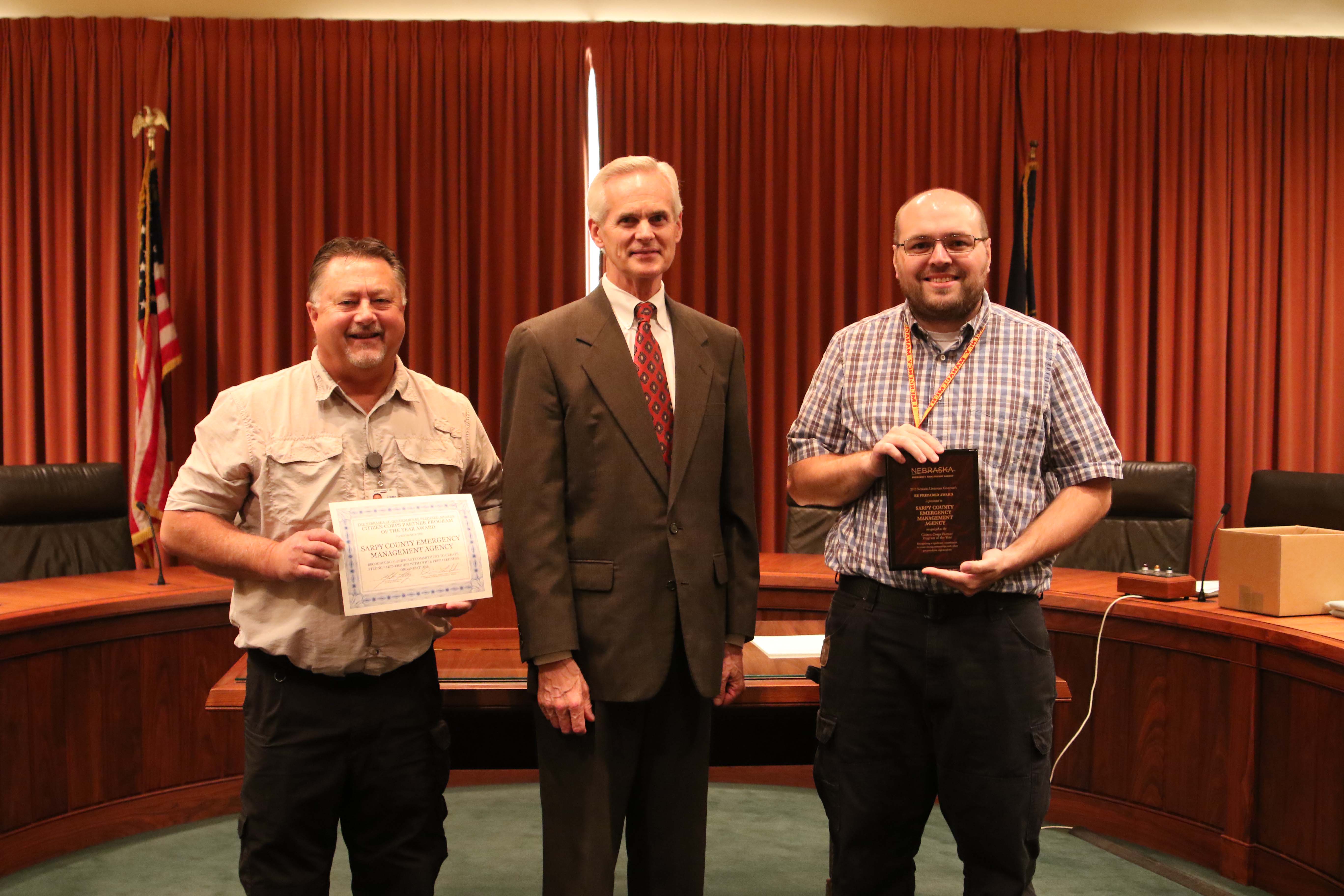 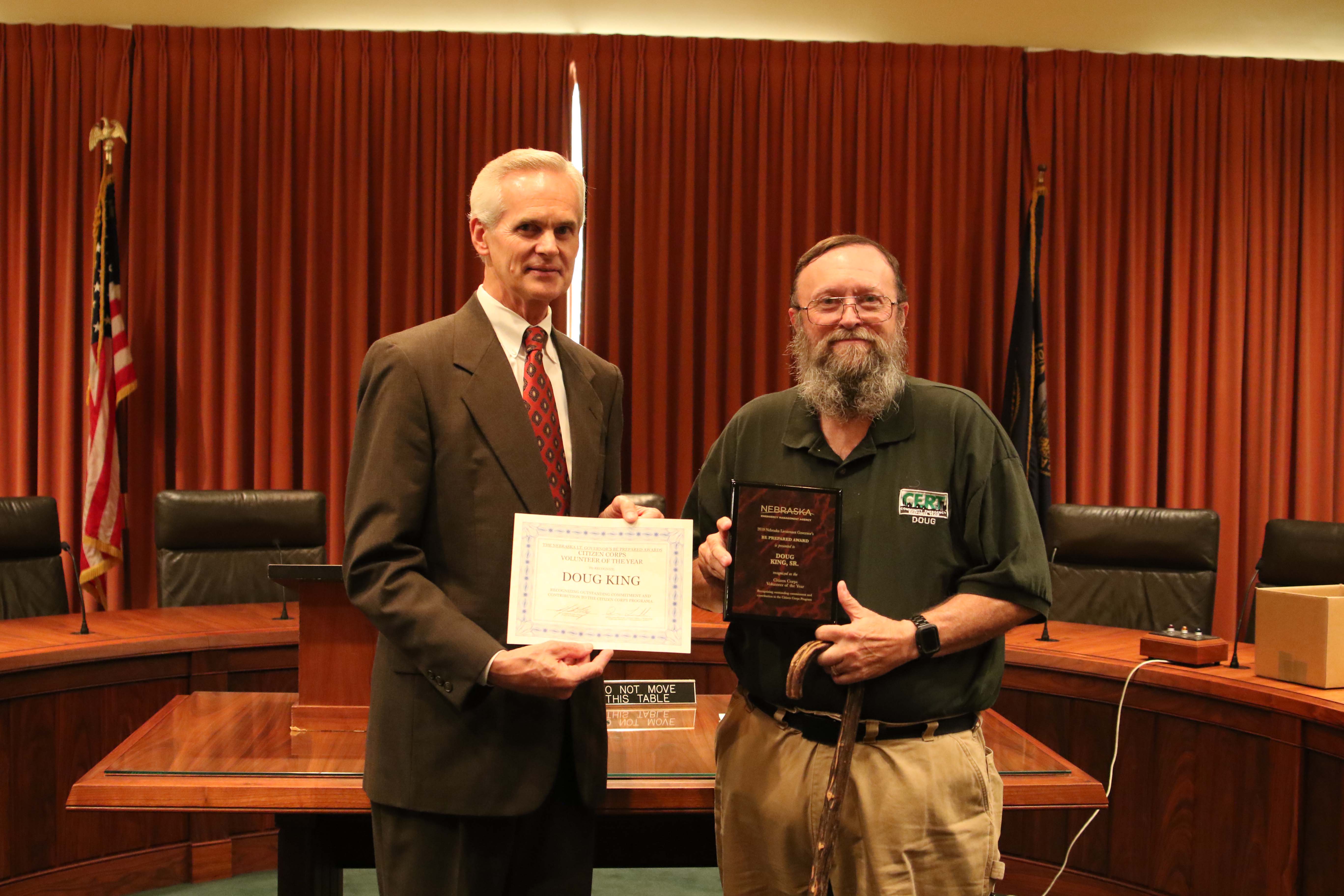