“With Hurricane Florence expected to bring significant damage to our fellow citizens in North Carolina, we are mobilizing members of our Nebraska National Guard to provide support to the relief operations,” said Governor Ricketts.  “The Nebraska Army National Guard Soldiers we are deploying are trained and ready to carry out this mission, and we are confident that they will provide significant support for what is expected to be a major relief operation.”

A total of two UH-60 Blackhawk helicopters and 13 Nebraska Army National Guard Soldiers from the Lincoln-based Company G, 2-104th General Support Aviation Battalion, are expected to begin to deploy to Tennessee today where they will be pre-staged until the hurricane makes landfall.  Once weather permits, they will then move into North Carolina to begin assisting in any needed relief operations.  The helicopters and crews are equipped and trained to conduct search and rescue operations, as well as air movement missions.

“Our guidance from our commander-in-chief, Governor Pete Ricketts, is the Nebraska National Guard will pitch in and help our neighbors whenever possible.  We stand ready to do so once again if any of the states impacted by Hurricane Florence requests our assistance,” said Maj. Gen. Daryl Bohac, Nebraska adjutant general. 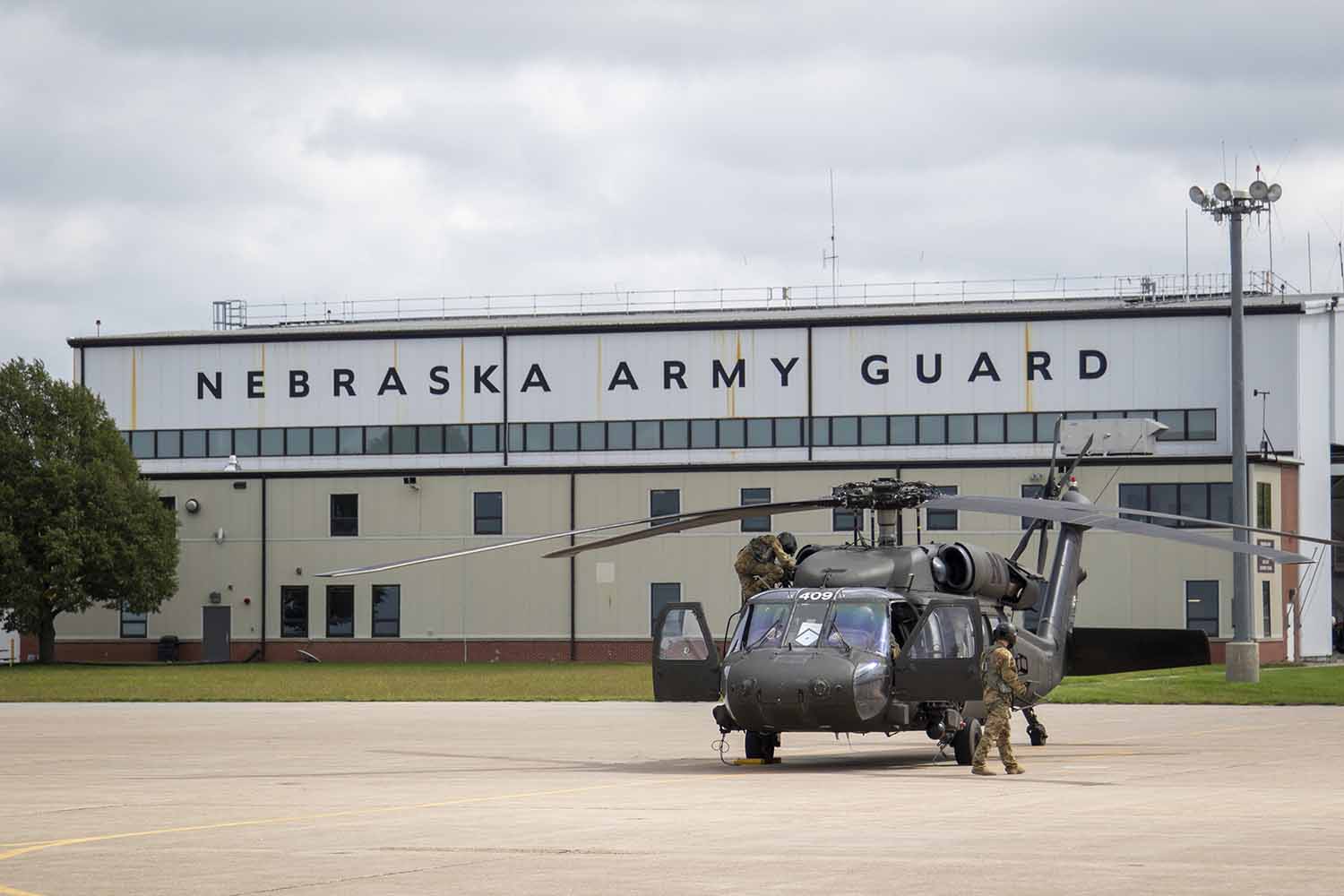